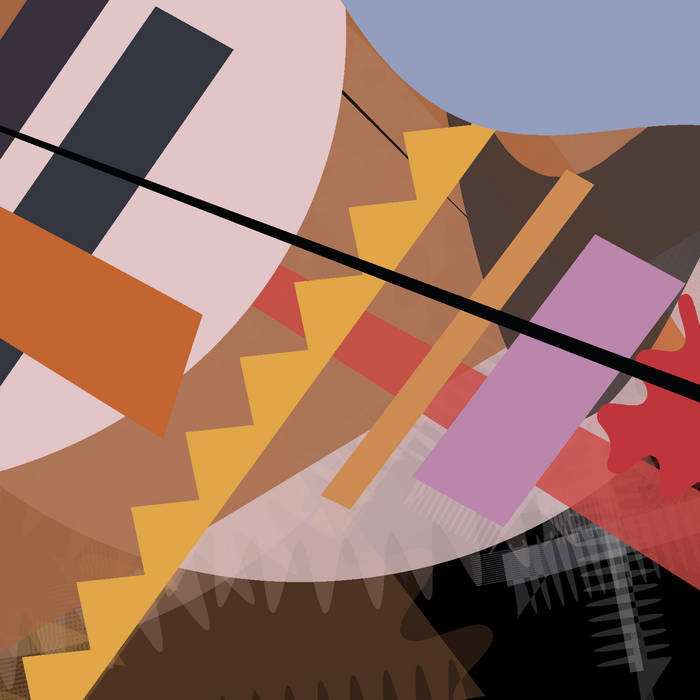 The gaye device Beautiful freeform and flowing synths perfect for those contemplative moments of sitting around watching the day go by.

Presumably the first in an intended series, Viable Systems 1 is the inaugural release on a new imprint by London-based composer Keith Berry (b. 1973), whose releases you'd locate (if there were such a thing anymore) in your record store's ambient bin. No info appears on the release's colourful packaging aside from the release title, artist name, and thirteen track titles, many of which suggest associations with biology, physics, mathematics, and philosophy (“Entelechy” automatically triggers connections to Aristotle, for example). While that means I can't share any details about the gear Berry used to produce the material, I can tell you that Viable Systems 1 is one of the most beautiful sounding albums I've heard in a long time. Its gleaming, gently sighing synthesizer tones are as free of abrasion and as smooth and polished as one could possibly imagine, and anyone in search of a soothing collection of instrumental synthesizer music would be wise to investigate.

Viable Systems 1 is described as a generative work, which means that Berry devised systems that once put in place generated the thirteen settings. Some relinquishing of control on the creator's part is thus involved, even if parameters are established during the formative stage. Though the tracks range from three to eight minutes, each piece could, in theory, run for hours, days, weeks, months, or even years, depending on the capabilities of the equipment involved. Consequently, a setting presented as a relatively brief sound sculpture on the recording could effectively function as accompaniment to a gallery installation that's active for months on end.

It's also important to emphasize that Berry's settings, while they might suggest some degree of commonality with loop-based constructions, don't repeat in the way a piece built from loops does. If I'm not mistaken, being generative means that the music produced retains a consistent character without necessarily ever repeating itself. Regardless, the material featured on Viable Systems 1 is never less than musical, and it's easy to find oneself so entranced by the softly warbling tones of placid reveries such as “Autopoiesis,” “Abiotic Factor,” and “Equilibrial” that one wishes their resplendent tones would go on forever. Long-time ambient listeners will likely find it impossible to hear Berry's set and not be reminded of classic Eno and Roedelius releases, but one also imagines that were he presented with Viable Systems 1 Eno himself might deem it the best ambient album he never produced.

VSM Theory is a new imprint created by Keith Berry, whose interest at the moment seems to lie in generative process-derived works retaining the principal qualities of today’s finest incidental soundscapes.

He even tags Viable Systems 1 with the definition “furniture music” as a sort of homage to the genre’s precursors. However, it’s not so easy when the Londoner is involved. If anything, I’d call these tracks a caressing acoustic complement across variable weather conditions.

Indeed this writer approached the collection during a melancholy-inspiring warm afternoon, then kept the experience going in a subsequent morning where an abrupt turn for the worse occurred – damp coldness, grey sky, rain.

In between these meteorological issues Berry’s sweetly resonating matters never failed to assist, allowing a listener’s intuition to comprehend the basic fragments of melody defining a given piece as the underlying harmony shifts with the deliberate massiveness of a formation of clouds.

It is all very assuaging, an aural charm characterized by the same transcendental dignity of a person still trying to smile after having been subjected to a heartbreaking loss.

Factors of recurrence and disappearance are essential. The “picture of now” is visible but somewhat flickering; the “then” inevitably returns with customary “when did I choose the wrong direction?” flashes.

Those, too, are destined to vanish; in a few minutes, another combination enters the scene and you’re left to other kinds of consideration.

In vaguely comparative terms, echoes of Eno, Roedelius and even Tim Story may be recalled at times. This notwithstanding, it only takes a couple of spins to realize that this is quintessential Berry.

I have always liked the title of an old album by Henry Kaiser and Jim O’Rourke, Tomorrow Knows Where You Live. Somehow, this music helps preparing that threatening visit, implicitly suggesting to welcome that tomorrow with a cup of hot tea in the hand, ready for an eye-to-eye silence.

For silence is what informs the purest form of love.

Haven’t heard from Keith Berry in quite a while. His The Golden Boat was released by Trente Oiseaux in 2003 and after that we heard The Ear That Was Sold To A Fish, packaged by Crouton Music in a box with some loose tea-leaves. Zen philosophy might be one guiding light for experiencing or understanding this music. Most of Viable Systems 1 (VSM THEORY VSM 001CD) is very much in the Brian Eno mode, sounding like perfect copies of the more ambient instrumental cuts on Before And After Science, but that’s not a bad thing. Titles of the 13 tracks all allude to the generative systems he used to create this album, such as ‘Cellular Automaton’ or ‘Isomorphic’, which is another Eno-ish thing to do. Although entirely synthetic and systems-based, it’s still beautiful music, having a very calming and therapeutic effect with its slowly-evolving forms and peaceful harmonies. (30/10/2017)

As I wasn’t sure what VSM as an acronym stands for, I looked it up and wiki tells me: “The viable system model (VSM) is a model of the organisational structure of any autonomous system capable of producing itself. A viable system is any system organised in such a way as to meet the demands of surviving in the changing environment. One of the prime features of systems that survive is that they are adaptable. The VSM expresses a model for a viable system, which is an abstracted cybernetic (regulation theory) description that is applicable to any organisation that is a viable system and capable of autonomy”. Which made me think whether the music from Keith Berry on a CD also called ‘Viable Systems’ should be seen as something that can create itself, i.e. without too much involvement of the composer. Berry is the driving force behind the label, which will mainly focus on releasing his own work. So far we know Berry mainly from his heavily processed field recording based works but in his two recent releases (see Vital Weekly 1073 and 1094) there was a shift to be noted towards the use of synthesizers, creating ambient works that were a bit lighter in tone than his previous work and that is something that he is now using full force. In each of the thirteen pieces on this release there is a lovely slow arpeggio sound to be noted; repeated tinkles or chords or a combination of both. Each piece seems like a system by itself, perhaps I am distracted by the label’s name, and it is now always clear how much of this sees Berry playing it himself or if the machines are on some automatic pilot. Not that it really matters of course; as always I am interested in the result, and that result is great. Maybe seventy-four minutes is a bit long for all of this, as he got his point across pretty much after eight pieces, but I am sure this is not about getting points across, but to play some highly atmospheric music for quite an amount of time and transport the listener to an altered state of consciousness (always a bit difficult when you try to concentrate on writing a review), and as such it also isn’t that important that the compositional model of some of these pieces is very alike, and also the way sounds are used. It all has to do with the overall piece, all thirteen pieces together and as such I think Berry delivered a great release.

What point is there to life if you can’t pretend you’re a cloud every now and then? Keith Berry (not the boxer) knows exactly what it's like to be a floating body of evaporated water, and his new album Viable Systems 1 is like a warm cocoon of gently shifting and transposing pads. Think Pausal, think beatless Selected Ambient Works, think Kompakt's Pop Ambient series.

Synth sounds are coming for you. Like a selection of the best, most foggy-sounding synths from the seemingly never-ending Pop Ambient series from Kompakt (or perhaps from Aphex Twin’s ‘S.A.W.’ series), coming at you all at once, only to stop and hover, weightless, over a body of shimmering water, perhaps. Keith Berry, with the inaugural release on his own VSM Theory label, has created a body of work here full of ambient synth tones that he has (sternly) instructed to: “just keep chillin’”.

Berry is a man interested in generative music; of systems that can be set and let run to freely, riotously (gently) produce their music… y’see, hence ‘Viable Systems 1’. Possibly the first of many, then, and here’s the first artefact to attest to this. In musical CD form, no less.

The synths play, hover, bloop, fade away… and come back again to bloop some more. All in a very relaxing way, conducive to cogitation or mediation. You’re welcome to do whatever you like when this CD is on, I never judge. With tracks titled like ‘Isomorphic’... ‘Autopoiesis’... ‘Equilibrial’ and ‘Cellular Automaton’ -- you get the idea: floaty, deceptively simple, seemingly free-form but often surprisingly melodic and statuesque.

These synths may well run on and on and replicate pretty sounds ad lib, ad infinitum… ad nauseam. Perhaps... Nice synths, though.

Viable Systems 1 is a true ‘Generative Music’ album: a system that is ‘put in place and let run to produce music’. This means that the selections in these thirteen tracks are captured moments of music that could theoretically last forever. No one plays music forever, so it’s good to document the result on musical algorithms on album.

There’s no further info on which exact system he uses, but the result is definitely a pleasurable listen.
The music resembles the generative experiments of Brian Eno, in concept more than in sound: the synth sounds are somewhat sharper (less rounded) and have a nice analog feel. Overall, the atmosphere is light: these are obviously good-natured musical system.