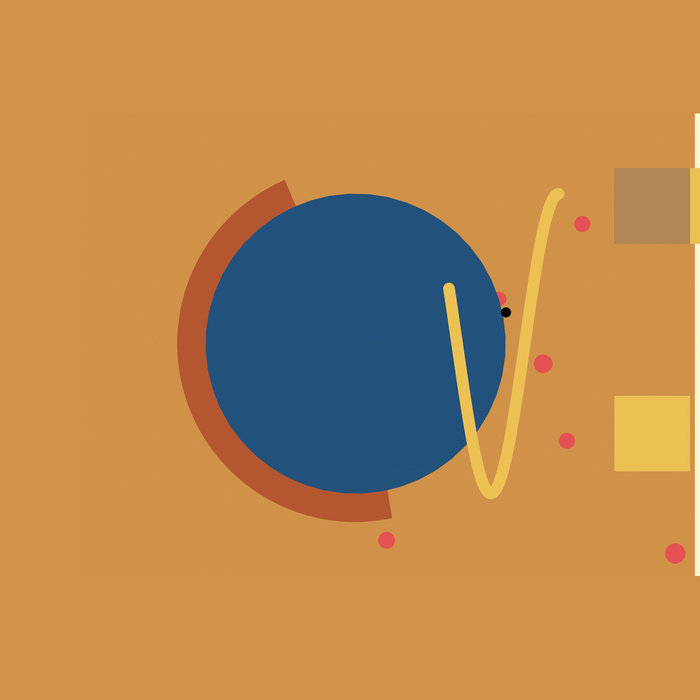 Lite Sleeper Another perfect soundtrack for a journey to the off-world colonies.

Berkdrums Oh yes! I’ve waited for this one. Another stunningly beautiful album by mr. Berry.. Besides the fact that this is stunningly beautifu music, it’s also therapeutic to me..Its effect on my innerpeace is really amazing.. A lot of tracks here make me want to go out late at night stargazing..The fact why this is such a jewel of an album for me is because it’s so calming, soothing, comforting, yet at the sane time the sound-sensations create excitement and innerflow. Robert Davies-style! Love it

Anyone seduced by the swoon of Keith Berry's inaugural Viable Systems volume will be as entranced by its second. Born in 1973, the London, UK-based composer brings his refined ambient artistry to another engrossing collection, this one featuring fourteen constructions clocking in at eighty minutes and available in CD and download formats. As with the earlier set, Viable Systems 2 includes no information save track titles, each one evocative and suggestive. Texture and mood are paramount, but, as before, what impresses most are the sultry timbres Berry coaxes from his gear, whatever it might be. Lasting anywhere from one-and-a-half (“Kingdom Protista”) to twelve minutes (“Protopian Mode”), these reveries whisper, shimmer, glisten, and gleam, making for a multilayered sound design that's a consistent treat for the ears.

Of course those warbling synth tones that flood through the opening moments of “Nearest-Neighbour” might call Eno to mind, but it's almost impossible for any ambient producer's music to not suggest such affinities when the ambient output by the one-time Roxy Music dadaist is so far-reaching. Associations aside, Berry's ominous soundscape hints that the neighbour in question is probably best avoided. In keeping with its title, “Synthetic Exotica” exudes humidity, and with gauzy washes and radiant tones unfurling in slow motion, the piece seemingly conveys the experience of a heat-dazed visitor struggling to resist mental disassociation. As a title, “Air-Conditioned Eden” could be seen as a sly acknowledgement by Berry of his music's potential for evoking paradise using synthetic means.

However discombobulating a few of its tracks are, Viable Systems 2 for the most part soothes with its becalmed, meditative aura. Even “Lost Luggage,” which, given its title, one would expect to suggest distress or upset of some kind, is generally peaceful (though not without restless activity), perhaps suggesting the individual in question has opted to stoically accept the turn of events and look for a silver lining. Regardless, Berry shows himself throughout to be a master at atmosphere, arrangement, and sound design. While the pieces share certain commonalities, each registers as a self-contained mini-universe, an adventure distilled into sound. “Future Bloom” lasts a mere four minutes, for instance, but its resplendent bloom is so captivating the impression it makes remains long after it's over.

Perhaps it’s reticence on behalf of the composer, or the influence of this reviewer’s instinct for highlighting contradictions. However, I can’t push myself to attach the foreseeable “ambient” tag to Keith Berry’s current production, despite his intention of creating “mood and textures” complementing one’s listening space. Obvious comparisons were made in the past with Brian Eno’s work (that’s right, me too), and they’re still ongoing from what I can gather. But this second volume of Viable Systems, as its 2017 predecessor, offers much more to the vigilant ear than mere “pleasantly quiet company” (although it definitely works fine in that regard).

For sure part of the problem depends on the inevitable mutability of moods. In a period of dispiritedness, an individual tendency will presumably reflect a self-predisposition – adaptation, if so preferred – to the wavering harmonies and tenuous melodic particles generated by Berry, whose assuaging tonalities exude class as always. The line that separates aching melancholy from mild relief is subtle: the fourteen subdivisions of Viable Systems 2 show once again the Londoner’s ability in producing excellent soundtracks for transitoriness, in all senses. Surrounded by elegantly introspective sonorities, we can choose between reasoning at the deeper levels of intuitive consciousness, or just annihilating any kind of commitment while mesmerized by benevolent synthetic emissions.

But it is exactly when one focuses on the latter that the aforementioned “ambient mask” falls down, revealing what distinguishes this gentleman from the thousands of dabbling simpletons who too frequently assault our mail boxes (and, for the misfortune of credulous audiences, find fertile ground in the Bandcamp/Soundcloud parallel universe). Berry’s timbres are endowed with a substantial grain: linearity is turned into profoundness, as if carefully programmed presets had been improved by additional processing in view of a target residing in the addressee’s psyche. Several sections are typified by remote shifts and imperceptible alterations of the acoustic domain; there’s no trace of such subtleties in the bulk of today’s soothing electronica.

Let yourselves be nestled by these charming refractions, then. Without moving a feather.

Two years after unveiling the first in his VIABLE SYSTEMS series, London-based composer Keith Berry presents the sequel—an extension of the immaculate, sanded-down sound of the first. Across 14 tracks, Berry morphs and warps synthetic textures and ethereal, abrasion-free ambience. With tracks that evoke emotions from afflicting melancholy to exciting enchantment, Berry creates a soothing yet captivating illustration of the sound of modern life through his generative works. Fans of Brian Eno will appreciate the airy elements of Berry’s second volume here, as well as the steady pacing.

Regular readers of my reviews (I sees ya) will remember I said that although Joan Shelley's new album, 'Like The River Loves The Sea', didn't push any boundaries in folk music, sometimes it's just nice to hear a collection of well-crafted, beautiful songs. This is also how I feel about Keith Berry's new album 'Viable Systems 2'. Although it doesn't have the strange originality of Benoît Honoré Pioulard and Sean Curtis Patrick's 'Avocationals' project or the beautiful intensity of Ellen Arkbro's work, it's still good to hear traditional ambient music done well.

Fans of Brian Eno will find a lot to enjoy about this album. Both Berry and Brian make full use of vast, sweeping synthesizer pads and glacially slow tempos. I suppose 'Viable Systems 2' feels a little more alien than Eno's ambient work. Listening to it feels like you are gliding around some huge synthetic Bladerunner-type landscape.

Production-wise 'Viable Systems 2' sounds very balanced and full. This is often to its detriment as I find the most enjoyable ambient music has little imperfections and deformities. If a piece of ambient music is stripped of background noise, of little crackles and sonic blemishes, then it feels soulless and not in a good way. Ambient music should sound like its imbibed that which it exists in.

If you enjoy alien-sounding albums that immerse you to the point of mild discomfort, then 'Viable Systems 2' is the thing for you.

Following 'Viable Systems 1', there is now the second instalment of what Berry calls " a catalogue of moods & textures over the series, that the listener can use as an aid to there [sic] environment" (see also Vital Weekly 1101). The viable system, as explained before, is "a model of the organisational structure of an autonomous system capable of producing itself." Again Berry uses synthesized sounds rather than processed field recordings, which he used at the start of his career, and I am inclined to think this is music that sets itself in motion. Give it a few parameters and then let it explore itself. You could think this would lead to long pieces of slow drifting sounds, but that doesn't happen here. The music is slow indeed, but none of these pieces is overly long. At close to eighty minutes and fourteen pieces, these pieces are average five to seven minutes, with some being longer and some being shorter. The slow arpeggio sound of before is now gone and the music is mostly long drifts of sounds along with occasionally bell-like ringing sounds. I was asked a while ago to explore the various apps that Brian Eno made and noticed that bell ringing sound in several of his apps. I am sure Berry doesn't use these apps, as mister Eno has some more trademark elements in his work that aren't part of this, but throughout it made me think that Berry's music here is in various alike that of the inventor of ambient as a genre. He's not alone in that, of course, but a clear one for sure. The slow drifts of the music can have many purposes I can imagine, relaxing probably the number one there, along with creating a pleasant environment. As I was saying with Stephan Mathieu's music recently, I can imagine that Berry's music would also be a very good generative app allowing the listener to create his version, and have a true viable system going. That way the listener can create something that is even more suited for its aims. Purely as a listener/reviewer, sitting up, thinking what to write (and occasionally look something up), I would think, like before, that this is surely another long CD. That's, of course, me aiming wrong there, I know. Let me shut-up, pick up a book and play this again; that seems to be the most suitable activity for this music.